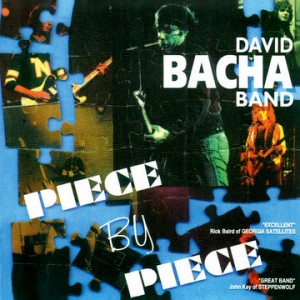 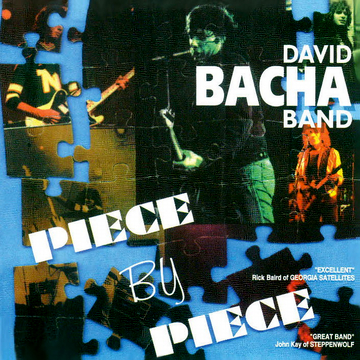 When you have won the respect of your peers you know you’ve done something right and that is exactly what David Bacha has done. A veteran musician/songwriter come producer, David has toured the globe and worked with music icons the likes of Jimmy Ienner. David hails from Cleveland, the American rock capitol of the world and has toured with Bob Seger, B. B. King, Johnny Winter, The Georgia Satellites, Steppenwolf, Iggy Pop to mention only a few of his rock luminary colleagues. He came to Canada in the early 70’s to avoid confrontation as a result of his American syndicated radio program where he sang the news of the day in a satirical manner.

A gain for Canada, David continues to rock the club scene in Ontario with the odd trip across the pond to Jolly Old England where he has developed an extremely loyal fan base. He has several albums under his belt his most recent “Piece By Piece” Trilogy/Ozit Records and is currently in studio recording a new CD, which will be released in 2002. As a Producer he has worked with artists in many genres ranging from pop to country to rock. He has an ability to be able to identify repertoire that is suitable for an artist seeking to record and his writing skills are an asset to any project.

One of Canada’s best kept secrets, rock/blues guitarist David Bacha is now online with his newly re-mastered album “Piece By Piece”. Who is David Bacha … his first foray into music was with 70’s rockers “The Nukes” … Brian Johnson – McClain’s Magazine … Peter Cameron – Microsoft’s Guru … – “the time of their lives”. Bacha’ s brilliant CD “Piece By Piece” is a timeless rock recording reminiscent of Bruce Springsteen. His gravelly voice and passionate guitar performances make these tracks worthy of being in the company of the finest! 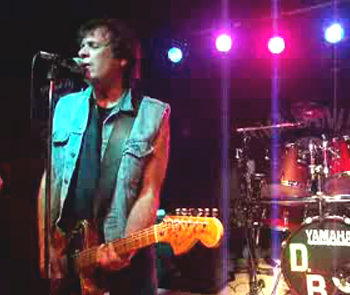