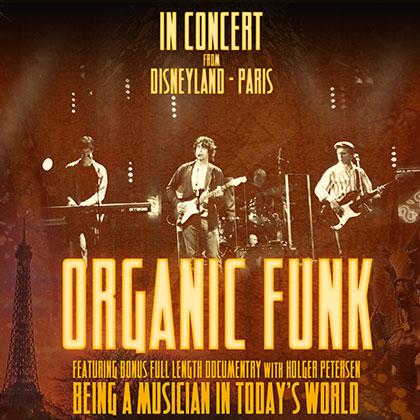 Organic Funk on Trilogy TV from Steve Thomson on Vimeo.

Toronto, Ontario, December 4, 2013 – Steve Thomson of Backstage Productions International is pleased to announce that the company’s most recent Documentary, “Being a Musician in Today’s World”, has won a prestigious Accolade Award of Excellence in Two Categories for Documentary and Direction from The Accolade Competition. The awards were given to Backstage Productions for its exciting new Documentary, “Being A Musician In Today’s World”, which explores surviving in a business that is somewhat saturated with talent… that tends to blur the lines between the serious and novel, overlooking the minstrels of our time and the societal condition, all through the eyes of a Toronto Band, Organic Funk.

Producer/Director Steve Thomson had this to say, “We are thrilled to have received the Accolades and on behalf of Tony Wannamaker (DOP, CSC), Sandy Coles & StoiQ (Editors), Michael Costantini and his band, Organic Funk and everyone who worked on and supported this production, we would like to thank the Accolade Competition for the recognition. We would particularly like to thank Holger Petersen for his contribution and everyone who helped to make this production a success. We hope musicians everywhere will benefit directly or indirectly from the story and music fans will come to appreciate more the challenges today’s musicians face particularly in our changing world and why we count on them to support creativity – after all, musicians are the minstrels of our time.”

The Accolade recognizes film, television, videography and new media professionals who demonstrate exceptional achievement in craft and creativity, and those who produce standout entertainment or contribute to profound social change. Entries are judged by highly qualified professionals in the film and television industry. Information about the Accolade and a list of recent winners can be found at www.theaccolade.net.

In winning an Accolade, Backstage Productions International joins the ranks of other high-profile winners of this internationally respected award. Thomas Baker, Ph.D., who chairs The Accolade, had this to say about the latest winners, “The Accolade is not an easy award to win. Entries are received from around the world. The Accolade helps set the standard for craft and creativity. The judges were pleased with the exceptionally high quality of entries. The goal of The Accolade is to help winners achieve the recognition they deserve.“