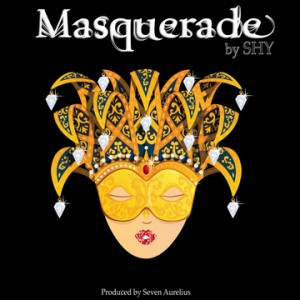 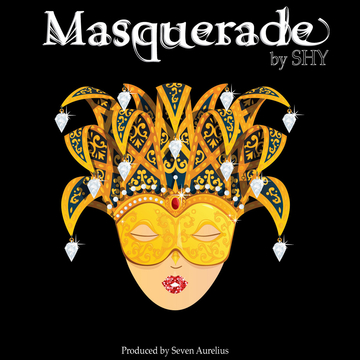 SHY is a new Canadian artist who discovered her passion for music when she was 10 years old singing at school concerts, in choirs and at family parties. She started writing songs in her late teens. As she matured, her cliché pop songs took a turn after discovering a love of history, particularly the 18th century, more broadly known as “The Period of Enlightenment” – how appropriate. After submitting her demos to a number of music companies, Backstage Music Publishing paired her with Acclaimed Hit Maker Seven Aurelius, producer for Jennifer Lopez, Ja Rule, Ashanti, Mariah Carey, Mary J Blige and many others. The end result is SHY’s debut single “Masquerade”. We are confident you will love this exciting new pop/dance recording by SHY — discover the mystery and allure behind MASQUERADE!! 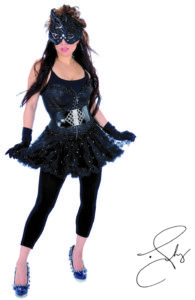 Michael Jackson, Whitney Houston, Madonna, Teresa Teng, Webber, Tchaikovsky, KRS-One, Run-D.M.C. A Lover of yesterday’s great artists for their originality and for planting the stepping stones, while breaking through the tough barriers at a time when it was not acceptable to do such things on stage or say certain things in their songs. These artists have opened the doors and raised the level and maintained the status of what a quality artist is. For the new modern artists, we only hope to be a “replica” of that type of quality and we aim to be as good as the artists from yesterday.

At 8 years old, Shy discovered a box of cassette tapes while living at her grandparents’ house. Alone and considered a street kid by family, relatives and friends. Playing outside until the late hours of the night until she discovered music. “After school, I couldn’t wait to go home and play these cassette tapes of Michael, Whitney and Madonna. With no real knowledge of how to sing or dance I did it anyway because it became my new best friend.” Shy chose music over playing outside and eventually partying in her teens. Shy started writing at 11, and took singing as a professional mindset, she trained with one of Canada’s great rockers, Ray Lyell who was famous in the 80’s. In her bedroom singing and over training. Her parents never agreed that a music career was a great choice, and it is an expensive hobby, but Shy was a rebel and never listened to what they said and went about doing what she felt she loved doing. By the time junior high and high school came, she got in any talent show or choir to the next music class to the local Hip Hop groups that were underground and deep into the cultures of Real Hip Hop, Shy was the singer in underground mix tapes and performing at nightclubs in her teens. Break dancing was also in favour.

Shy’s style in music stems from soul, R&B, and Pop, with a background in Opera training, a technique called Belcanto. A lover of deep heavy ballads such as Woman In Love, Love Story, Don’t Cry Out Loud, Phantom of The Opera are just a few that she can cover up until now. “I love singing, writing, music all together, it’s the purest connection I have with something that I still feel the same way about from the very first time I discovered it as a kid.“ Shy’s voice stays in the roots of where she was inspired and has molded into what no artist should do, ”sound like something your not but everything you are”. A great story untold never dies out. July of 2010 while doing a photo shoot, the photographer said that he would enjoy Shy’s track if she had someone along the lines of Will.i.am. To the great mystery, 2 weeks later she was aligned with Hit Maker Seven Aurelius. With the help and adoring support of Steve Thomson and Kevin Thomson for recognizing Shy who deserves this chance to work with the best! That was concluded, Masquerade track is born and this sassy pop dance track has the elaborateness of yesterday’s mysterious Masquerade world, while Shy lives it by wearing a mask. “Masked in a kiss of fate.” The direction in this young lady’s soul is to be the best that you can be at every stage and while striving, create music from the heart, and help move music in a better direction. We are confident you will love this exciting new pop/dance recording by SHY – discover the mystery and allure behind MASQUERADE!