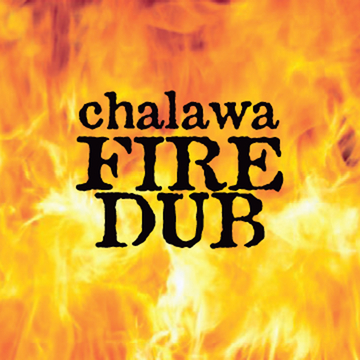 Chalawa was formed by John Forbes and Alex King in 1975 to back up touring reggae artists in the then-lively Toronto reggae scene, but the success of their instrumental albums ‘Deepest and Darkest’ and ‘Exodus Dub’ soon catapulted the group into the spotlight. This was followed by the hit instrumental ‘Hop Skip and Jump’, a chart-topper in Europe.

The original line up consisted of John Forbes on keyboards, Alex King on guitar, Leroy Sibbles on bass, Dopey Smith on drums, Mike Balm on trumpet, fluglehorn and valve trombone, and Dick Smith on tenor sax. Pete Weston sat in on funda and repeater. This is the line-up for their first album project, the classic ‘Deepest and Darkest’, recorded at Springfield Sound. Leroy Sibbles left to pursue his solo career and was replaced by John Hewson, who played on many of the earlier (Stranger/Stranjah) Cole/Callander Sisters recordings with Chalawa. Dick Smith departed, to be replaced by Greg Barns, who played sax and flute on “I’m Living” with Stranger, then by Wimpy Zankowski. This configuration recorded the albums ‘The First Ten Years’ and ‘Capture Land’. John Hewson left the band to pursue his studies, and Dopey Smith was replaced by superstar drummer Anthony (Benbow) Creary, with John Forbes playing bass and keyboards in the studio.

Micron Records producer Pete Weston convinced the band to do a dub tribute to Bob Marley’s giant album, Exodus. ‘Exodus Dub’ is still being pressed and sold, now as a CD as well as vinyl. Although he was not at all technical, Weston was a good match for the band at that time. Totally fearless, he encouraged the band to go as ‘outside’ as they could take it, with outstanding results.

Another outcome was ‘Hop Skip and Jump’ which was originally intended to be a substitute for ‘Turn Your Lights Down Low’. Produced by John Forbes and Alex King, the song was not released on ‘Exodus Dub’ but as a single on EMI and affiliate labels and crossed over into the European pop charts.