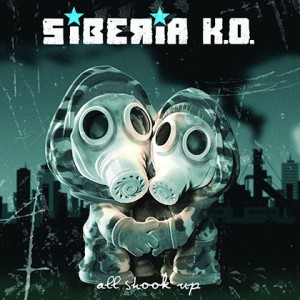 Siberia K.O. – All Shook Up

Release.
All Shook Up 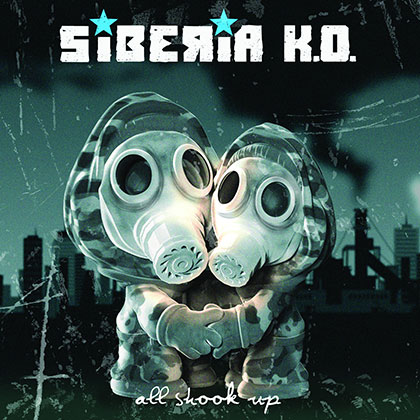 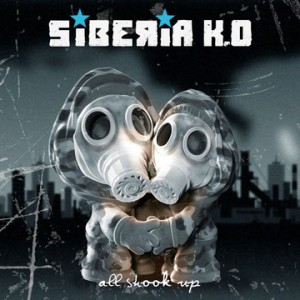 Canadian band SIBERIA K.O. are set to release their debut CD entitled “All Shook Up”. The CD features eleven great tracks, eight of which are original songs. While the leadoff single is a cover entitled “Is There a Kiss Left on Your Lips” penned by noted American tunesmith Michael McDermott, it was chosen by the band as it sums up the CD’s underlying lyrical theme. With the exception of a couple of powerful ballads, the CD really rocks and features some amazing musical contributions by Eddie Harsch… formerly of the Black Crowes on Hammond B3 and Grand Piano, pounding guitar riffs of Cleveland rocker David Bacha, tasteful soaring guitar solos by brilliant guitar upstart Michael Costantini and the stellar string arrangements of Luciano Lombardi, all which make for a unique musical blend reminiscent of a time when musicality was what set the standard of contemporary music.

The record was produced by Steve Thomson and David Bacha, recorded and mixed by Jeff Pelletier at Phase One Recording Studios in Toronto, Canada and mastered by Canada’s leading engineer George Seara who was the recipient of Canada’s 2012 Juno Award for Engineer of the Year.

Band mates, Garrett Seberras and Milan Dajnko of SIBERIA K.O. are passionate about their music and believe in collaboration and when they joined forces a number of years ago, they knew in order to make it in the music business it was all about the song! Garrett who is the principle writer in the band and his collaborator Milan started recording songs in their home studio so they could have something to present to music industry professionals and so they did!

They knocked on the door of Backstage Productions International – a noted Canadian Entertainment Organization with a Global outlook. Backstage is headed up by acclaimed Producer and Marketer Steve Thomson. After consultation with his producing partner, noted songwriter/producer/guitarist David Bacha, the two agreed – the material had potential, so they took the next step to check out the band in performance. Both Thomson and Bacha felt the duo had strong possibilities and decided to invest the time in the band and see what happens. After several months of pre-production and rewrites it was time to go the next step and record! First they needed a Drummer and a Keyboard player and this is where it became interesting. In walks Owen Tennyson, a great drummer, who has worked with just about everybody, suggesting Eddie Harsh (formerly of the Black Crowes) for keyboards. After a number of conversations Thomson convinced genius keyboardist and melody maker Eddie Harsh to get on board, and that he did, bringing yet another element of musicality to an already musical project. But that’s not all! Luciano Lombardi who was mentored by Ennio Morricone was brought in to work on some string arrangements and conduct the players. The result – “Wow”! And perhaps this is the best way to describe the band’s debut album. The song writing duo is now in rehearsal preparing their show and readying for a forthcoming video. They’ve come a long way from singing in the school band and performing on Tiny Talent Time!

What ever happened to Eddie Harsch…

Acclaimed keyboardist and legendary musician Eddie Harsch known best for his musical contributions to the Black Crowes, in particular his incomparable performance on The Crowes’ Led Zeppelin recordings with Jimmy Page, is alive and well and living in Toronto and we found him. It all happened when we were recording the debut CD by Siberia K. O. entitled “All Shook Up”. We were looking for a keyboard player and our drummer Owen Tennyson said Eddie Harsch was in town visiting his folks. Our producer tracked Eddie down through a mutual friend, Daryl “Harpo” Petersen, and extended an invitation to him to drop by the recording session and check out some new music. Eddie arrived and he sat in the control room digging one of the tracks and got up walked into the studio, sat down at the B3, put on the head set and said “Hey let me hear that track again”. He started to noodle and before you knew it he was in the band bringing his magic touch to some great new songs taking them to yet another level embellishing each track with melodic lines in his inimitable style, making each recording that much more special than the next. After each song he came into the control room and pondered the next track, and as he listened to the beds go by he stated “I really like the kid … he has a real angst about him … kind of like a young Lou Reed” – And back into the studio for another song. We thought we heard it all until he sat down at the Grand Piano and worked his magic on a few tracks in a style reminiscent of Bruce Hornsby and the late great Doug Riley. The year that followed our first encounter saw Eddie attend most sessions providing input that has made “All Shook Up” a recording everyone is proud of! The 11 track CD also features the orchestral arrangements of Italian composer Luciano Lombardi whose sensitivity to the brilliant musical lines enhances the listening experience. Available on Trilogy Records.