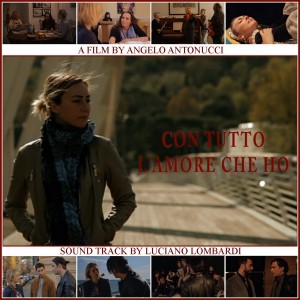 COMING SOON THE STORY OF LYDIA AN ESL TOOL FULL OF HOPE!

COMING SOON THE STORY OF LYDIA AN ESL TOOL FULL OF HOPE!

In an effort to help spread Lydia’s message of hope to the young and young at heart we will soon publish the Story of Lydia on our new Website at www.thestoryoflydia.com, Viewers will be able to enjoy this Award Winning production in its entirety complete with pictorial images created by acclaimed artist Michael Del Mundo. The idea to make the story “free” was in response to the demand to teach the global influx of immigrants the English language. The production features a narrative guide. What better way to learn the English language while being inspired by Lydia’s message of hope.

Most of us can’t imagine how difficult it must be to pick up roots and be transplanted in a foreign country leaving everything behind. It is our hope that the Story of Lydia will instill a new found hope for the future for everyone who chooses to use it to learn English while reinforcing Lydia’s positive values and the message of Hope in a new generation of immigrants.

Backstage Productions International is very pleased to be presenting this fabulous collection of Reggae titles for such a worthy campaign – the support of Victory over Violence. The Victory CD features some of Reggae Music’s top artists including Sly & Robbie, Leroy Brown, Glen Washington, Stranjah Cole, Winston McAnuff and upstart Kenny “B” Blake. In assembling the CD we chose titles that we felt provide a message of hope, love, peace and compassion, while maintaining that up beat groove that is synonymous with Reggae Music. It was a real challenge to compile only 15 tracks from our extensive Reggae catalogue and we apologize for passing over so many of the other great recordings that are in our catalogue.

Getting down to business, Trilogy Records will be donating a portion of the proceeds from the sale of every CD to a scholarship fund set up for today’s inner city youth, as a gesture of our support against the ever increasing violence we see in our cities, particularly gun violence. The scholarship fund will serve as a memorial in the names of those youth that have been killed as a result of gun violence. We are particularly proud to be working with Tropicana Community Services, a non-profit social service agency in Toronto, which was incorporated on March 26, 1980. Tropicana has demonstrated a tremendous commitment to youth since its incorporation and we are pleased to be associated with such an outstanding community organization and are confident that the spirit and message connected with the Victory CD will be heard and will surely have an impact.

We are particularly grateful to our musical friends featured on the CD and to all those who have supported the campaign, particularly Selwyn Harris and Edward George. Perhaps Canadian Reggae and Juno Award winner Leroy Brown captures the spirit of the Victory CD and sums it up best, “It saddens me, especially being a father, to see so much violence within our youth. We must use every means possible to correct this grave problem. It is time for all communities to band together and lead through example, and at all cost, find the root of this problem and make our cities safer places to live.”

Thank you for listening and supporting this initiative. 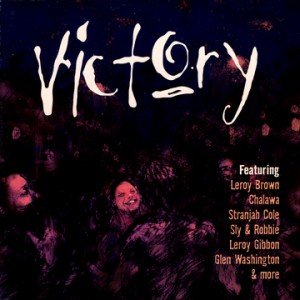