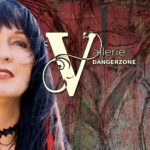 Steve Thomson President of Backstage Productions International is pleased to be attending Music Biz 2016 being held in Music City May 16 to 18, 2016.  Thomson is particularly pleased to be participating in the select panel and address the potential of a major initiative that he has been supporting that will insure that Writers, their Music Publishers and other special creatives get their due for their creativity which up ‘til now has seen billions of dollars funneled to less deserved parties at the expense of the original creators!