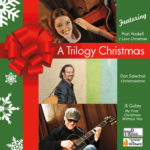 Here is A Trilogy Christmas for you. 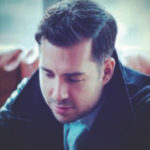 What Happened To Brothers, The Kanye West Song That Vanished

Don Sawchuk and The Storm

Don Sawchuk and The Storm for Guelph’s Drop In Centre.

Don Sawchuk returned to his “busking” roots on Wednesday thanks to Guelph, Ontario’s OHL Team, THE STORM. Don’s song “Underdog” was the theme for the evening and although The Storm had a tough night there is great optimism for the team... Don and The Storm's fans are hoping the Underdogs will be the Top Dogs! Thanks to The Storm’s support Don was able to raise just under $400 for Guelph’s Drop In Centre – a worthy cause indeed. It is anticipated that a concert event will be staged this Fall to salute The Drop In Centre and acknowledge the great work Gail Hoekstra and her team, as well as the Guelph community, do supporting the Drop In Centre. Stay tuned for more updates.

After the successful YouTube Premier of K-Bust’s “Love Is A Battlefield” performance video on YouTube last week, with 5,703 plus plays and counting, many new Channel Subscribers and lots of positive comments, K-Bust just got word that she has been nominated for a PREMIOS PULSAR 2019 Award for Best Pop artist. The award will be granted to the performer that complying with provisions of the foundations represents the best of the year in the alternative pop genre, pop rock, pop, indie, etc.

K-Bust ~ Love Is A Battlefield

Live performance by K-Bust. A new single off her sophomore album #Fearless

BACKSTAGE PRODUCTIONS INTERNATIONAL is pleased to present a sampling of our roster in an exciting Variety Show - a concept the company is famous for. The artists include Don Sawchuk, K-Bust, Scott Stephenson and Vallerie. The show is a mix of Pop, Rock, EDM and Contemporary Music - Great for Exhibitions, Fairs, Outdoor Concerts or Private Parties.

For more information contact us at (416) 291-4913 or via e-mail at steve@backstageproductions.com

At 6’ 1” Scott Stephenson comes to Backstage Productions International with a stunning repertoire and voice to match. With today's discoveries often found through an online presence, Scott is no exception. Catching the ear and eye of an European EDM/Dance label, Scott was asked to sing a couple of tracks which will be released later this year. Having been exposed to Scott’s vocal styling through his online presence prompted the label head of Trilogy Records International, Steve Thomson, to ink a deal with Scott which resulted in securing noted Montreal Producer Kay Bustamante. Production for Scott’s debut album begins later this month after Bustamante returns from her Native Chile where she has been promoting her new Album “Fearless” being released by Trilogy Records International and distributed world-wide by The Orchard. “We are pleased to introduce Scott Stephenson as our newest find. We feel he will be a big hit with today’s music fans across the board. We have great prospects for his future and we are delighted to offer a sampling of his vocal talents, courtesy of our friends at LYA. We hope you enjoy the recording.” states Steve Thomson label President.
Page 1 of 2  1  2 »